Sometimes, while a celebrity may have attained a certain level of fame, their fame also rubs off on people associated with them.

Before the 70s, Catherine Hawn was not a famous person. However, when she got married to Dean Martin, who is considered one of the 20th century’s greatest entertainers, their union attracted media attention because of the age gap. Her name also became quite popular. Unfortunately, though, their relationship did not last for a very long time.

She became known as the third wife of Dean Martin, and there has been curiosity about who Catherine Hawn is. There is not much known about her because she has always tried to live her life away from media attention. However, we will tell you all there is to know about Catherine, so you’re definitely in the right place if you are looking to learn more about Dean Martin’s third wife.

Catherine Hawn (fondly called Cathy) was born Catherine Mae Hawn, in the United States of America, on November 30, 1947, to American parents. The identities of her parents are not known.

In terms of her education, Catherine is thought to have some level of education because she went on to work as a receptionist later in life. 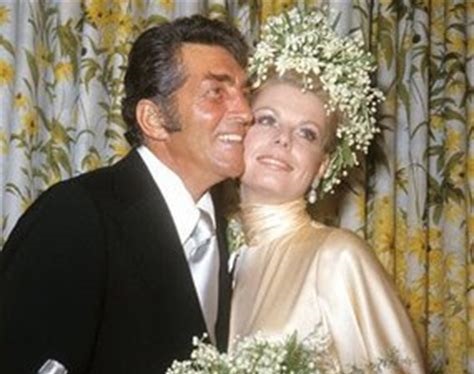 There is only a little information available about Catherine Hawn’s career, like her time working as a receptionist in a hair salon called Gene Shacove Hair Salon, located in Beverly Hills, California. It was while she worked there, she got married to Martin and later became a famous person. Her happy relationship and her new celebrity status got her featured in a number of magazine covers, including Movie World with her beau Dean Martin.

On the other hand, Dean Martin had a very colorful professional career. He was a singer, actor, and comedian. His career was so illustrious that he earned the nickname The King of Cool.

Dean Martin’s career started to gain traction when he partnered with comedian Jerry Lewis, in 1946, in an act billed as Martin & Lewis. The duo got to perform in nightclubs. As their reputation grew, they began to appear on television, radio and were even featured in films. Their partnership met an unfortunate end in 1956, and Martin decided to focus on a solo career as an actor and performer.

Martin also proved himself to be a really outstanding singer, recording several contemporary songs. At some point, he became one of the most sought after and popular acts in Las Vegas. He became closely associated as friends with several other stars like Frank Sinatra and Sammy Davis Jr, with whom they formed the Rat Pack.

From 1965, Dean Martin became the host of The Dean Martin Show, which was really about his comedic and singing prowess, and it also showcased his relaxed and easy-going character. Later on, from 1974 to 1984, he was the controversial but loved roastmaster on the Dean Martin Celebrity Roast, which featured the comedian roasting a host of celebrities, politicians, and fellow comedians.

Throughout the active years of Dean Martin’s career, he performed in nightclubs, concert stages, made hundreds of audio recordings and made appearances on 85 television and film productions. His most widely-acclaimed songs include Ain’t That a Kick in the Head?, Volare,  That’s Amore, Sway, Memories Are Made of This, You’re Nobody till Somebody Loves You, and  Everybody Loves Somebody.

Catherine Hawn’s personal life has always been away from the spotlight. There is only a little information available about the celebrity wife’s personal life except for the fact that she was Dean Martin’s third wife.

For a long time, the way Catherine Hawn met Dean Martin was unknown to many people. However, Ricci Martin, Dean’s eldest son, disclosed the information about how his father met his step-mother, Catherine, in the memoir titled That’s Amore: A Son Remembers Dean Martin.

According to Ricci’s account in the book, Frank Calcagnini, one of Dean’s family friends, was the one who connected Catherine and Martin. After they were set on a date, they were instantly attracted to each other. Frank is also known to have dated Martin’s former wife, Jeanne Biegger, after they split up.

Before tying the knot with Dean Martin, Catherine was in a previous relationship. It was from that relationship that she had a beautiful daughter, Sasha. After her divorce from her partner, she won custody of her daughter.

Her marriage to Dean Martin gave her not only a husband but also a father to her young daughter. The superstar with a loving side decided to adopt Sasha as his daughter. Martin is known for spoiling his kids with extravagant gestures and gifts.  He is thought to have spent approximately $25,000 each year on his children’s holiday gifts.

Unfortunately for Catherine’s family, her relationship with Dean Martin came to an end with a divorce in 1976. They were married for only three years. Although the reason for their divorce has not yet been disclosed, there are many suggestions that it was because Dean Martin still had some affection for his former wife, Jean Biegger. After Catherine finalized her divorce with Dean, he made amends with Jean, but they never remarried.

Catherine Hawn doesn’t have any records of earnings from any businesses, and there is also no exact amount of her net worth. However, Catherine is thought to have gotten a lot of spousal support and settlement money from her divorce from Dean Martin. Before his death, Dean Martin amassed a lot of fame and wealth from his career. He had an estimated fortune of $30 million.

After her public divorce from Dean Martin, Catherine Hawn seems to have reverted back to her life under the media’s radar. The last time she was spotted in public was probably during Dean Martin’s funeral in 1995.

While there is very little known, in the present and past, about Catherine Hawn, she must be living a happy and healthy life since there hasn’t been any news yet that regards her.

We will keep you updated as soon as new information about Catherine comes to light.