You’ve seen them on the highway, rushing past you, weaving through traffic on their way to their destination. Once in a while, you pass them again minutes later. This time, they have collided with another car. There’s an ambulance and police on the scene.

What are the signs of a reckless driver? This is how you spot them.

1. Driving without regard for others

To be clear, reckless driving is not a mechanical failure of the vehicle or a fault in the roadway, unintentional circumstances that may result in an accident. Drivers make deliberate decisions that result in reckless driving that can cause accidents and harm others.

If you’ve witnessed this type of behaviour or have been affected by it, contact someone who knows more about it. Personal injury lawyers like those at Thomas Law Offices can clarify what constitutes reckless driving behaviour. If their driving is anything like the above or similar to the examples listed below, it’s not accidental.

Therefore, when you see a driver weaving through traffic making multiple lane changes without warning, that’s not a mistake. Maybe they are late for an appointment but they have decided to get there no matter what. “No matter what” includes you and your safety.

Other signs of blatant disregard for others while driving include cutting off other drivers, attempting entering lanes without signalling and tailgating in an attempt to get drivers out of their way or to speed up. All of these are dangerous driving habits that can result in collisions.

2. Driving without regard for road or weather conditions

When it rains, roads are slick and not just with water. Sometimes, there is motor oil residue and other spills from vehicles that travel the road. When the road is wet, these combine to form a slippery surface that’s difficult, if not impossible, to gain traction on if you apply your brakes.If it’s snowing, visibility is lower. Same with heavy rains and high winds.

Every so often, roadways become blocked. It could be because of a spill, a car that has stalled or because of animals crossing the road.

Most drivers will slow down and drive more cautiously under these conditions, but not a reckless driver. You will see them in your rear view speeding up on your side to pass you. They also ignore other drivers’ signals that there’s a situation up ahead. That is a sign that you’re dealing with someone who doesn’t care about how they drive or the potential consequences of driving that way.

Everyone gets angry every now and again. Anger seems to be the reckless driver’s set point. You see them, hunched over their steering, frowning. They use their horn as a way of speaking. Ever so often, they’ll roll down their window to abuse another driver, maybe even you. Sometimes they may even follow you for miles, to intimidate or frighten you for a perceived slight.

This is why road rage is so dangerous. Drivers who engage in this behaviour are so caught up in what others are doing, in punishing other “bad” drivers that they don’t pay attention to how their behaviour puts themselves or others in danger.

For example, following someone for miles may force them to speed up to avoid the pursuant. This can cause an accident. Stopping in the middle of a busy highway to tell someone off can cause a collision as other drivers swerve to avoid the stopped cars. Road ragers are some of the most dangerous reckless drivers there are.

You’ve seen this person hundreds of times on the road. It’s that lady trying to put on her makeup before she pulls into the parking lot at work. It’s that salesman trying to have a burger and fries for lunch while driving on his way to the next client. It’s that teenage girl who forgets to stop at the sign because she’s having a fight via text message with her boyfriend.

None of these people are giving their undivided attention to the road. Because their behaviour has never caused an accident, they probably think they will continue to get away with it. The sad truth is, no, they won’t.

5. Violating traffic regulations and others rights

Behind much reckless driving is an inherent selfishness. Reckless drivers tend to think they are the only people that need to get where they are going. So they frequently run stop signs and red lights, without regard for the drivers they meet in the intersection.

They also routinely ignore other drivers’ right of way. This is one of the most common causes of accidents as two drivers attempt to enter the same area at the same time. Usually one of them has precedence, but reckless drivers ignore these rules, resulting in hesitation, confusion and accidents. 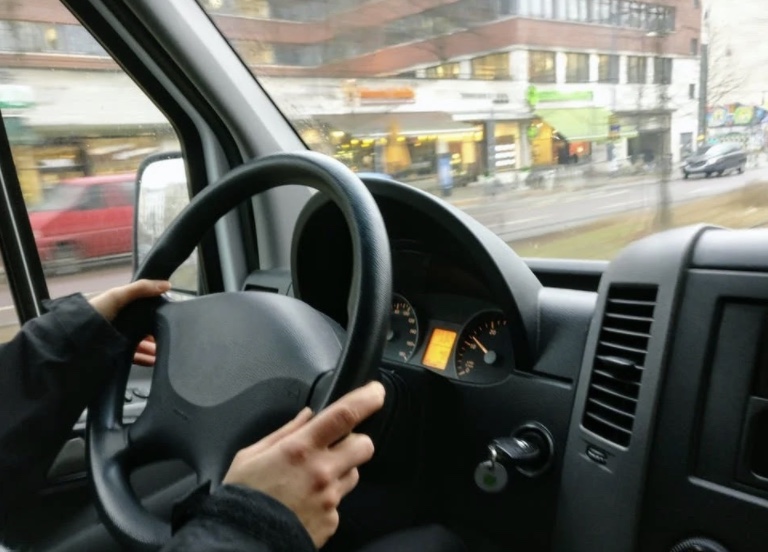 6. Drifting from lane to lane

This isn’t the frantic weaving through traffic of a speeder. This is someone who is driving slowly, but can’t seem to stay within their lane, frequently drifting into yours.

You may be dealing with a drunk driver or someone whose function has been impaired by drug use. Drug or alcohol use before or while driving is a hallmark of reckless driving.

What can you do?

If you spot a reckless driver, there are various mobile phone apps that will allow you to report them anonymously. You can also call 911 and give them a description of the vehicle. Do not confront reckless driver’s yourself if you can avoid it.

Don’t get caught or clipped by a reckless driver. Now that you recognise the signs, keep yourself and your loved ones safe by avoiding them.